Home » GMOs » Are You Up-To-Date on Glyphosate?
GMOs

Are You Up-To-Date on Glyphosate?

In case you haven’t noticed, consumer demand for transparency in food production has been the at the center of the news in the past few months. Most recently, you may have been hearing a lot about the herbicide glyphosate due to its presence in a number of oat and honey products.

According to the National Pesticide Information Center, glyphosate has been in use since 1974 and is now one of the most widely used herbicides in the United States. It kills weeds by destroying proteins essential to their growth.

You may be asking, “How does this affect me?” Well, frequent use of glyphosate on crops has raised concern over the safety of the herbicide for human health. Although the levels of glyphosate that have been recently discovered in oat products are far below the EPA’s legal maximum limit of 30ppm, some consumers are claiming that any detectable presence is dangerous for human health. (Note: the EPA currently has no maximum limit for honey products).

In March 2015, the World Health Organization classified glyphosate as “probably carcinogenic to humans.” Following this, the EPA released a proposal to change the classification of glyphosate to – “not likely to be carcinogenic to humans at doses relevant for human health risk assessment,” the public comment period for this proposal ended on October 17, 2016. The EPA’s scientific advisory panel will soon meet to discuss the safety of glyphosate and will likely issue a risk assessment report following the meeting.

Many consumers are also taking issue with natural label claims on products made from crops grown with glyphosate. The argument is that a crop grown using glyphosate cannot be considered 100% Natural. The FDA currently has no official definition or regulations in regards to the “Natural” or “100% Natural” claim on food labels, but many expect they will do so soon.

Are your products glyphosate-free? Mérieux NutriSciences, with the leading network of ISO 17025 accredited food testing and consulting laboratories, offers expert services to ensure product safety throughout the supply chain, including testing for glyphosate, other herbicides and pesticides. Explore our food testing services! 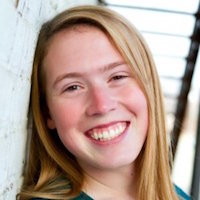 Katie Schott is a Product Specialist supporting Chemistry and Microbiology business initiatives at Mérieux NutriSciences. She received her Bachelor of Science in Public Health from Purdue University in 2013. In her free time, Katie enjoys reading, traveling, weightlifting and taking her dog for long walks by the lake.