Improving nutrition for the burgeoning global population is one of today’s major public health challenges. According to the World Health Organization, millions of children suffer from undernutrition in low and middle-income countries each year, and global estimates suggest that more than 40 million children living in urban and high-income countries under five years of age are either overweight or obese. Both of these issues are considered malnutrition, as they stem from an imbalance in micro and macronutrient intake, as well as lead to high risks of subsequent disease and mortality.

The Mérieux Foundation is an independent family foundation that focuses on programs to promote health in vulnerable populations, particularly women and children, across the globe. The Foundation accomplishes this mission by supporting in-country intervention programs and convening international symposia. These events bring together leading scientists, non-governmental organization representatives, policy stakeholders and key opinion leaders to exchange ideas and drive progress. The Better Foods for Better Health conference is one such symposium.

The first Better Foods for Better Health conference in 2010 recognized the importance of nutrition and the available food supply in promoting health within both developed and developing countries. Since that first symposium, the Better Foods for Better Health conferences have featured topics that range from food security and malnutrition to the importance of the diet in promoting a healthy immune function and gut microbiota. The symposia have resulted in published white papers that provide recommendations for policy-makers.

The most recent symposium, the 6th Better Foods for Better Health conference, was held at the Mérieux Les Pesiéres Center for Global Health conference center in Veyrier-du-Lac, France on March 20-22, 2018. The event was organized by the Mérieux Foundation, with support from Mérieux NutriSciences, with this year’s topic being Childhood Nutrition: Building a Healthy Life. The event was successful, with 22 speakers and 88 participants who engaged in discussions about the needs of infants and children in both developed and developing countries. I was honored to be able to attend this meeting and to serve as a panelist during one of the sessions. Below I have broken down five key topics discussed during the symposium:

1) Lack of Dependable Data
The symposium began with a keynote session from Dr. Ken Brown, Emeritus Faculty from the University of California at Davis and a Senior Fellow of Nutrition and Global Development at the Bill & Melinda Gates Foundation. Dr. Brown explained that one of the key challenges facing public health organizations is the lack of dependable data on the prevalence of micronutrient deficiencies in low and middle-income areas. Without these data, it’s difficult for organizations to effectively plan their nutritional programs. Many public health programs have placed their focus on issues such as infectious diseases instead of adequate nutrition. When nutrition is considered in these programs, they often focus on a single nutrient, such as vitamin A, zinc, iodine or folate. However, meeting nutrient adequacy often requires additional work beyond ensuring the population in an area receives enough of a single nutrient. Issues in obtaining accurate data include the challenges of collecting data in rural areas with few resources, as well as a lack of consensus on analysis approaches for assessing nutrient adequacy. New technologies for analysis approaches that can be easily implemented in the field are needed.

2) Defining Nutrient Needs for Specific Populations
After the kick-off keynote session, the symposium included three half-day sessions, the first of which was chaired by Dr. Patrick Stover, Vice Chancellor and Dean for Agriculture and Life Sciences, Texas A&M University. Dr. Stover discussed the challenges in defining nutrient needs for specific populations, such as those with chronic health conditions. The Dietary Reference Intakes (DRI) that are commonly used in clinical nutrition assessments, and upon which nutrition labeling is based, may not be the optimal nutritional recommendations for people with conditions such as diabetes, heart disease and inflammation-related diseases.

Emerging evidence indicates that these diseases have epigenetic influences as well, which suggests that a person’s development in later life is influenced by their nutritional environment during fetal development and early childhood. This is highlighted in a recent study at Cornell University on maternal choline supplementation during pregnancy. Complicating things even further are emerging data in animal models from Texas A&M University that suggest the nutritional adequacy of the mother, or even the grandmother, may influence the susceptibility of their offspring to develop chronic health conditions later in their life.

3) Education and Support for Low and Middle-Income Countries
Dr. Robert Black, Professor, Bloomberg School of Public Health at Johns Hopkins University, then emphasized the importance of nutrition education and food supplementation programs for pregnant women in low and middle-income countries. Nutritional adequacy is particularly important for lactating mothers, and current studies are underway to better understand the type of nutritional supplementation needed to support high-quality breast milk. Although it is known that a woman’s diet can influence the quality of her breast milk, the optimal dietary intakes are still unknown.

The effect of specific dietary and nutritional interventions for supporting healthy immune function, as well as preventing allergic reactions and infectious diseases, was discussed in the second session by Dr. Mark Miller, University of California, and Dr. Marie Bodinier, INRA, France. In particular, they shared information that suggests a relationship between poor growth rate, enteric (intestinal) infections and nutritional adequacy from a study conducted in collaboration between the University of Virginia, Yale University and the University of Maryland. Further research is being conducted on the role of intestinal permeability, also called leaky gut, in children with intestinal infections or under malnourished conditions. Dr. Saurabh Mehta, Cornell University, described some recent and ongoing work that he is involved with in Malawi and Bangladesh, with early results suggesting a decreased microbiota diversity is associated with increased stunting in children.

For example, Dr. Black said that the highest requirement for iron intake occurs between 6 to 12 months of age, and deficiencies during this time can lead to long-term cognition deficits. Similarly, she explained that iodine is also important for brain development, but the window of vulnerability for iodine deficiencies is during fetal growth. Dr. Michel Neunlist, INSERM, France, shared data indicating the importance of the gut microbiota in brain function. One study in animals by the Karolinska Institute suggests that maternal microbiota can influence the closure of the blood-brain barrier in their offspring and exploratory behavior. Whether these results can be translated to humans is under investigation, but, taken together, it is clear that good nutrition during fetal development and early childhood is important for cognitive and behavioral development.

5) Under and Overnutrition in “Transitional” Countries
A highlight of the meeting was a lecture by Dr. Wei Cai, Shanghai Jiao Tong University, on the nutritional challenges for children in China. We tend to categorize countries as developing or developed, with the former having concerns of undernutrition and the latter of obesity. However, in many countries, both issues exist. Dr. Cai cited China as an example and referred to it as a “transitional” country.

Therefore, public health programs in China need to focus on both under and overnutrition. Although China has made great progress on increasing nutritional adequacy, it is still in the top two countries worldwide for undernutrition. Dr. Cai stressed the importance of the continued efforts in China to develop a professional education policy, similar to the registered dietitian system in other countries, as well as finding ways to communicate with and educate those people living in the middle and mountainous west coast areas.

The Better Foods for Better Health conference provided a platform to share ideas and identify specific gaps in knowledge that need to be recognized in order to develop future successful nutrition programs. Mérieux NutriSciences supports nutrition research as part of our Biofortis Innovation Services. Whether a pilot study is needed or a confirmatory, larger scale trial, we provide a turnkey solution for all research services. We also provide proprietary research reviews, commentaries, manuscripts and consulting to support nutrition, food and dietary supplement clients. Our team specializes in science-based literature review projects including research synthesis, evidence mapping studies and systematic reviews. Are you ready to conduct a new literature review project? Download our Biofortis Scientific Literature Assessment information sheet to get started! 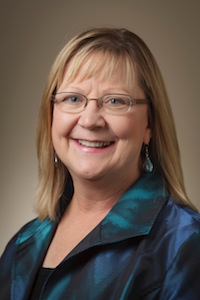 DeAnn Liska, Ph.D., is the Sr. Director of Nutrition Science & Biostatistics at Biofortis – Mérieux NutriSciences, where she leads the team responsible for scientific consultation, design and interpretation of research. She has more than 20 years’ experience in the nutrition industry with past leadership roles at Kellogg’s, Ocean Spray and Metagenics. Dr. Liska has authored over 50 peer-reviewed publications and is co-inventor on 12 patents.

The Effect of Processing Methods on Common Fruit and Vegetable Nutrients