Understanding the Differences in U.S. and Canadian Food Labels

When you take a look at a packaged food in the United States and compare it to one from Canada, it’s more than just the dual languages that are displayed that make the Canadian market unique from their southern friends.  Let’s discuss a few of these not so obvious differences that you need to consider when producing or marketing your product in Canada.

Believe it or not, ingredients that are approved to be used in products in the United States are not always approved for use in Canada, and vice versa. Canada has its own list of approved additives which are explained in their Food and Drug Regulations and their Processed Product Regulations. These regulations specifically state what kind of ingredients are allowed in certain products, how much of that ingredient is allowed to be in that product and what the common name of that food ingredient needs to be.

Canada also identifies the approved makeup of an ingredient used in a food, as well as the entire food product itself. While the U.S. does something similar, via the Code of Federal Regulations, the requirements for the two countries do not necessarily align. This list of permitted food additives is constantly being updated by the Canadian Government.  Here are several examples:

Food fortification with vitamins and minerals are strictly monitored in Canada due to the fact that only certain nutritional additives are allowed in standard foods. Vitamins and minerals typically seen in packaged foods in the U.S. will often trigger an alternative regulatory category that requires licensure and registration with the Canadian government under specific rules different from the standard “food.”

It might be a surprise to you, that the amount of the food that goes into the package is different.  English units are optional, but the Canadians require their weights and volumes in metric as the primary measurement units for net contents.

In Canada, citizens speak both French and English, so they require both languages on their food labels where in the U.S, only English is required. There are still five mandatory elements of the food label required – statement of identity, net contents, nutrition facts, ingredient information and distributor clause – but the specific requirements for each of these elements differs from the U.S and can be found in their Food and Drug Regulations and their Processed Product Regulations.

Similar to the U.S., Canada has passed their own legislation updating the Nutrition Facts regulations, in addition to other improvements, which brings the two countries labels closer in alignment. Under the new Canadian ruling, added sugars are required, the mandatory vitamins and minerals will remain the same, certain graphic elements are emphasized and daily value requirements are aligned.

Rounding rules differ slightly from the U.S. and there are different qualifying percentages and formulations for nutrient content claims and approved health claims. Always check reference amounts and serving sizes as the measurements can differ.

While it’s not an all inclusive list, the differences summarized above between foods and ingredients intended for the U.S. versus the Canadian market are more than just converting from a U.S. English label to a French version. The regulations are different for each country and should be treated as separate food products.

If you are a private label manufacturer, producer of food ingredients or even a restaurant owner that operates in Canada or imports to Canada, the Labeling Compliance department at Mérieux NutriSciences has experts in North American food labeling regulations that can assist you in applying the proper laws and requirements for your labeling needs.

If your organization would like further assistance, feel free to contact us and a member of our labeling team can assist you. 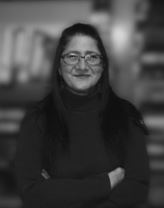 Dodi Hanes is the Labeling Compliance Manager at Mérieux Nutrisciences. Prior to joining Mérieux in 2017, Dodi was a Regulatory Compliance Manager for a leading private label beverage manufacturer in the southeast. She holds a B.S. in Chemistry from Northland College and has worked in the quality and regulatory field for pharmaceutical, medical device and food manufacturers. When not at work, Dodi enjoys life with her family, writing tall tales and spending time outdoors camping and hiking.

The New Normal for Food Labels in Canada