Technical Tuesdays: Digging Deeper to Find the Root Cause of Food Safety Issues

Food manufacturers who find an issue during an internal food safety audit need to perform a root cause analysis and take corrective actions in order to eliminate the problem. But what if subsequent internal audits reveal the same repeating issue? That is a good indication that the company did not find all of the root causes to place corrective actions against. And for many companies, the issue comes back repeatedly despite corrective actions.

Recurring issues exist because food manufacturers often stop the process of root cause analysis after finding only one root cause. Root causes in food production facilities are much like a weed growing up through the crack in a sidewalk. The part of the weed visible above the sidewalk can be referred to as the “symptom.” Someone may use a Weed Wacker to remove the visible portion, but detaching this does not remove the roots below the surface. So, over time the weed grows back through the sidewalk because the roots were not eliminated. The same holds true for problems found in a food production facility. For example, say an internal audit finds forklift damage to a wall in a facility. The damage you can physically see in the wall would be known as the symptom, but the root cause lies in what caused the damage to the wall in first place. If the company repairs the damaged wall and thinks the problem is solved without addressing the root cause, then the wall will likely be damaged again and again.

Root cause analysis should also address all of the reasons for an issue at a facility. Many companies perform a simple root cause analysis and stop after fixing the first root cause they find. In the case of the damaged wall, the manufacturer might retrain the driver of the forklift, but then find the wall is damaged again. After repairing the wall for a second time, the company conducts another root cause analysis. This indicates slick tires are part of the problem, so the company replaces the tires on the forklift. But then, the wall is damaged a third time by the same forklift and driver. This time the company decides to dig deeper to find all of the root causes of this damaged wall. One of the team members notices that there is a small leak from a corn oil line due to broken seal in the pipe joint. Oil is dripping occasionally from the leaky pipe onto the floor below, where the forklifts turn to go into the warehouse. This happens to be right next to the damaged wall. So the company replaces the seal, places a drip pan below the joint on the pipe, and the problem finally goes away.

Do not stop the root cause analysis when you find one level of root cause. Keep looking to make sure they are not occurring at all four levels.

Companies can save a significant amount of money by developing a root cause analysis set of teams. They can establish an on-call team to handle quick and easy issues and a facility-wide team to handle more complex and wide-spread issues, which might need capital expenditures to correct. It is also expensive to keep correcting the problem without addressing the root cause. Manufacturers will save money in the long-run by placing corrective actions against the root causes at every level so that they do not return.

I challenge you to read your internal audit reports over the past year or two and see if they show repeating items. If so, it could indicate that your company is not performing root cause analysis effectively. How much is it costing you to fix these problems repeatedly? Save yourself time and money by hosting a root cause analysis course at your facility. Mérieux NutriSciences offers onsite training to help you address existing problems in your facility and to teach your staff to use the various tools of root cause analysis. 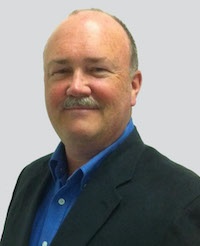