Due to decades of chemistry-related advancements in consumer and industrial goods, we are continually finding new discoveries about the various groups of anthropogenic compounds with which we unfortunately share our planet. A quick scan of recent stories in the media indicates frequent public outcry about what’s released into our environment and how it affects us.

Today it’s PFOS and PFOA
PFOS and PFOA are acronyms for perfluorooctanesulfonic acid and perfluorooctanoic acid, respectively. They are two of the most well-known compounds of a larger class of compounds called PFAS, or perfluorinated alkylated substances. PFASs share a common chemical structure that consists of a long carbon chain backbone with fluorine atoms attached to each carbon. On the other end of the molecule is a hydrophilic, or water-attracting, head. Most chemists will recognize this structure as the basic surfactant structure. With both water-attracting and water-repelling properties in the same molecule, surfactants function to lower the surface tension between two liquids or between a liquid and a solid, giving way to a number of useful applications.

Among the different types of surfactants, PFASs are particularly hardy due to the presence of fluorine. The high degree of fluorination allows them to stand up well to high-heat situations, as well as to effectively resist stain, grease and water. As a result, they are frequently used in fire-fighting foams, cookware, carpet, other fabric coatings and even some food packaging materials. Other, non-fluorinated surfactants are not equipped for the demands of these applications.

With the Good, Comes the Bad
If these chemicals make our lives easier by effectively serving purposes better than other chemicals, then why are they the subject of several controversial discussions recently? To the point, it has been found that PFASs persist in our environment and have potentially toxic health effects. Like other Persistent Organic Pollutants (POPs), they are extremely resistant to chemical breakdown in both the environment and the human body, causing them to accumulate in certain tissues of our bodies for years if regularly consumed. However, specific health effects caused by PFASs are not well understood at this time. In some studies, animals with elevated levels of PFASs were found to have reproductive malfunction, liver, kidney and immunological effects in addition to tumor growth. While human epidemiological studies thus far have not documented many issues beyond high cholesterol in healthy nonpregnant adults, PFASs are currently listed as a potential carcinogen and there remains much to be studied.

What is Being Done?
In recent years, government agencies and scientific organizations have increasingly recognized PFASs as an emerging contaminant to be reckoned with. As is common with POPs, the effort is two-fold. Existing contamination must be cleaned up, while the production of harmful compounds is phased out. The Environmental Protection Agency has intervened to help combat the issue, adding PFASs to its list of regulated drinking water contaminants under the Safe Drinking Water Act.  They also mention the chemicals in the Toxic Substances Control Act, Comprehensive Environmental Response, Compensation and Liability Act and the Clean Air Act. Heavy hitters in the private sector are taking action too, whether voluntarily or otherwise. A handful of large global manufacturing companies have been the focus of lawsuits surrounding PFAS contamination and many have since moved to using shorter chain surfactants, which have exponentially lower half-lives in the human body. The federal government has even asked some big names within the food industry to provide evidence of the absence of PFASs in food-contact products. In terms of clean-up, many agencies are focusing on high-risk areas such as airports (where fire retardants may have been used on a large scale), waste management facilities, metal processing facilities and other industrial sites.

Regardless of evolving regulatory activities surrounding PFASs, companies can benefit from sourcing a third-party laboratory to assess contamination risk. Food manufacturers can eliminate risk by ensuring that their food packaging does not contain illegal or harmful compounds. Mérieux NutriSciences is able to assist the food industry with projects involving analytical testing of PFAS. Contact us today to start testing! 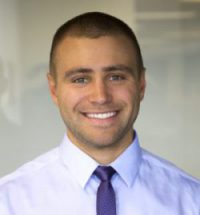